Did someone say pasta?

I have lived in Harrisburg for most of my adult life, but this is the first year that I have ever heard of the Harrisburg Pasta Run 5k race and Kids Noodle Run. This is an annual fundraising event for the American Lung Association which is an organization focused on improving lung health and preventing lung disease. This kid and family friendly event was held on City Island - rain or shine. Drawing over 300 runners including men, women, adults, kids, the barefooted, and the sneakered, this event proved to be popular among a diverse crowd.

The Kids Noodle Fun Run kicked off the running portion of the evening. Over 30 enthusiastic kids ran the mile loop City Island. Some were garbed in super hero gear, some were accompanied by adults, but all had smiles on their faces as they crossed the finish line. Watching and listening to these parents yelling words of encouragement to their young kids was definitely a highlight for me! These are 5k runners in the making! 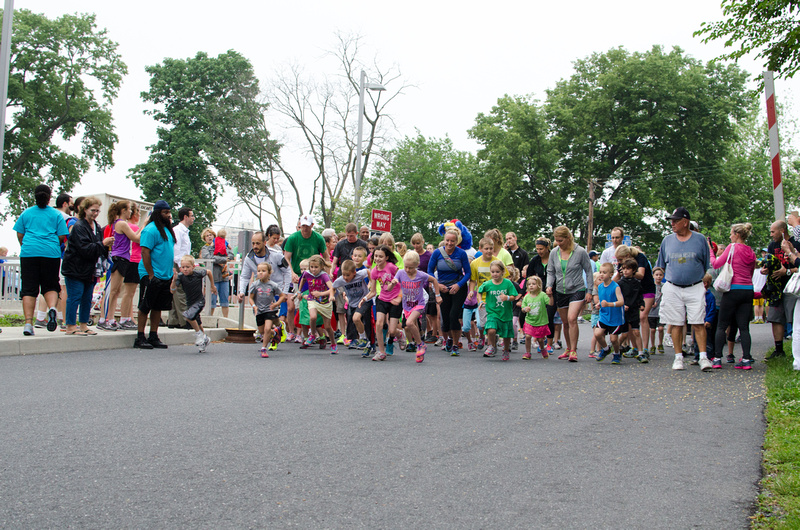 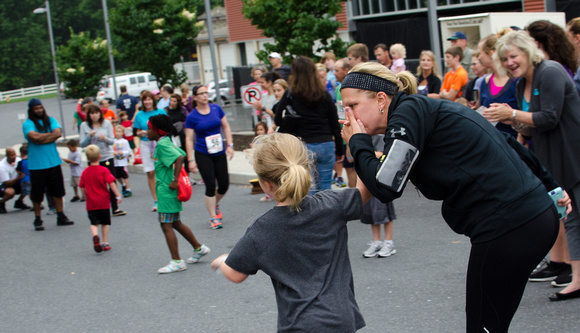 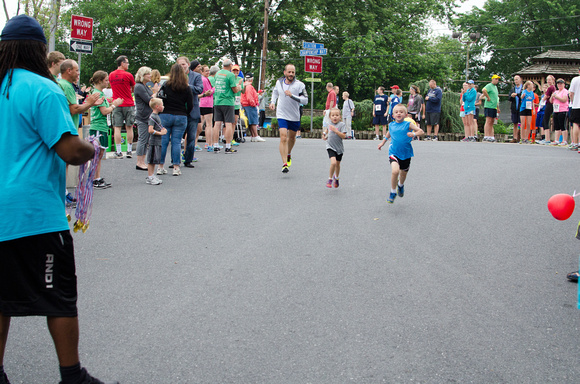 The Pasta 5k Run began 20 minutes after the Kids Noodle Run.  The course for these runners involved running the loop around City Island, going across the Walnut Street walking bridge, running along the Susquehanna River, and finish back across the bridge. Luckily for these runners the rain continued to hold off and there was a slight chill to the air. I would imagine that this type of weather is perfect for runners. (It definitely was not ideal for the photographer!) With a quick explanation from Pretzel City Sports, the race management group, the runners were off! Overall I was impressed by the number of children, young adults, and fur family members who participated in this race.

Going around the bend 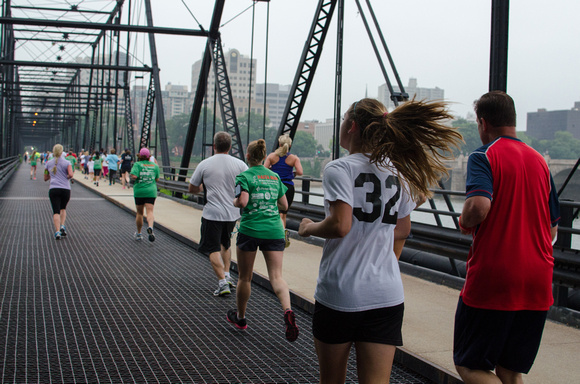 Running across the Walnut Street Bridge 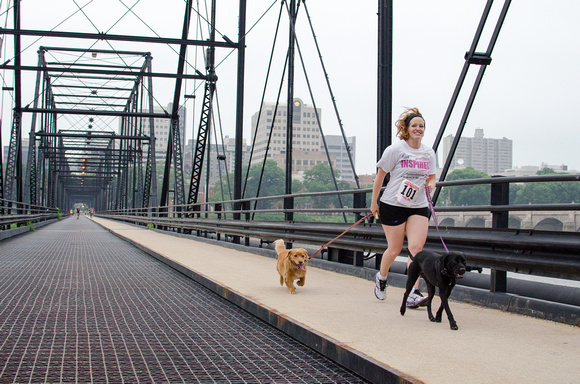 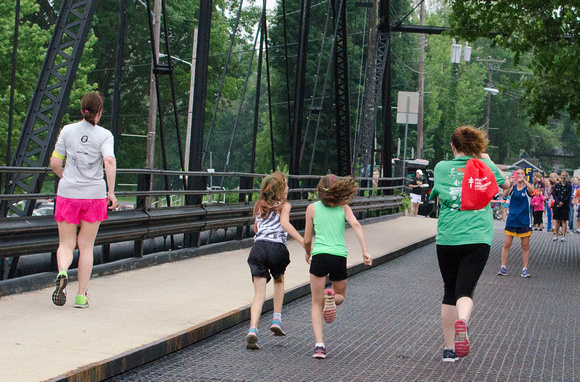 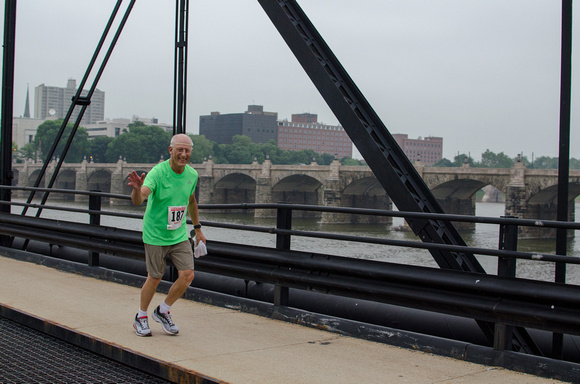 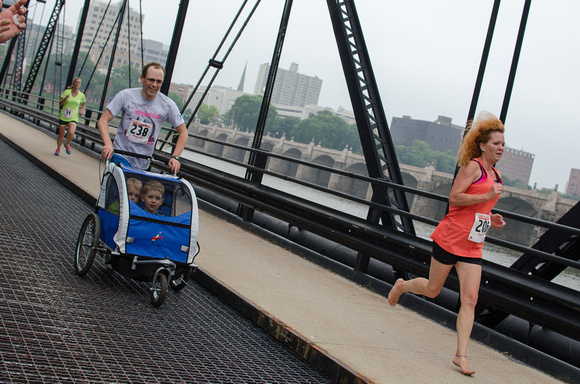 At the conclusion of the race, a pasta dinner donated by Olive Garden was served to all participants and family members. Afterward the winners of the race were announced. Of course these competitive races have winners, but I think all the runners won something! I personally enjoyed watching the camaraderie among the families, friends, and fellow participants.  Thank you so much to Tiffani for inviting me to take photos of this great event. 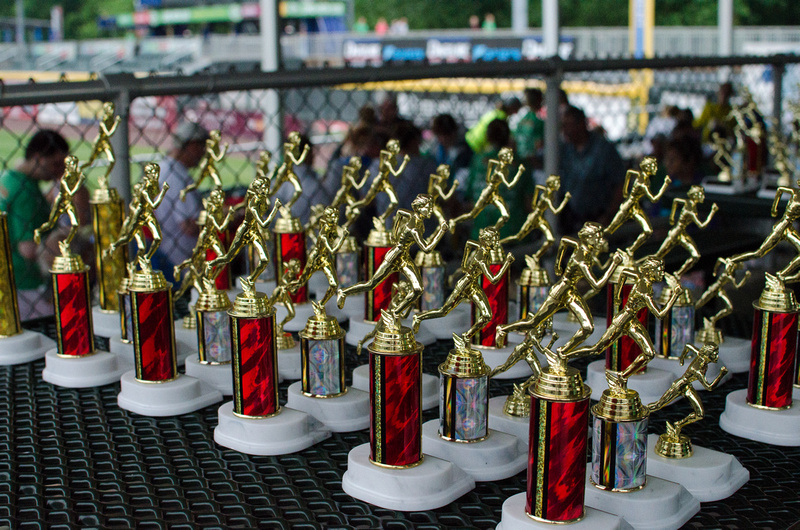 And the winners are!