Spring and Fall are my busiest times of year. Being an on-location photographer means having to weather, well, the weather! Spring is definitely the easiest since the only thing we're dodging are rain showers. During the Fall season we're not only dodging rain showers, but also snow showers, the early sunsets, and sometimes freezing cold temperatures. Having a stash of mittens, hand warmers, and tissues is always a great idea! Of course moving the photo session indoors is always an option, but yet the outdoors lends itself to a little more creativity and also the open space is great for the kiddos to run free.

When Krista and Cliff had scheduled a family portrait session late in November, my first question was, "Do you have a location in mind?" Last year we had the photo session in the golden light at the Cloisters in Valley Forge. With this year's photo session scheduled later in the Fall season, we had to settle on an inside location which ended up being their home which was actually perfect! Additionally Mother Nature decided to cooperate so that we could capture a few pictures outdoors! 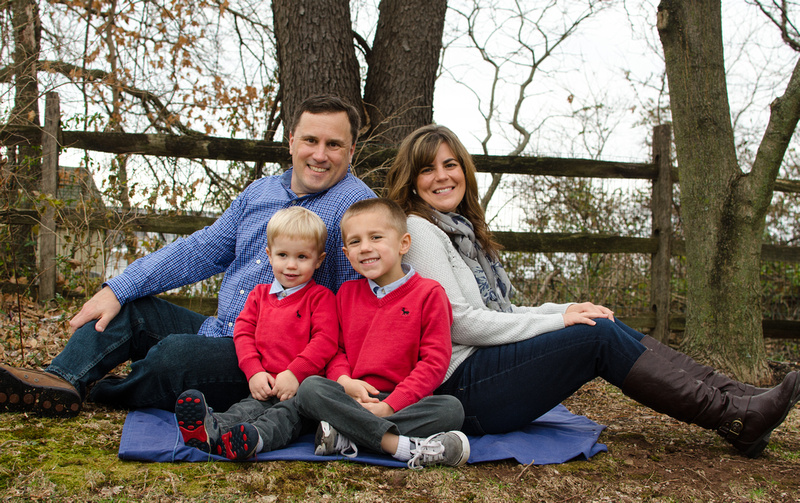 Last year when I met Matty, he was crawling through the fallen leaves and giggling at his mom's funny sounds. What a difference a year can make! Running at full speed these days, Matty has grown into his huge personality and knows exactly what he likes and dislikes. Even though he was a little unsure of me, he was soon ready for his close up! Ben grew a couple of inches as well and I think his energy also grew by leaps and bounds. How do kids have so much energy?? The one thing that didn't change --- their sweet smiles! 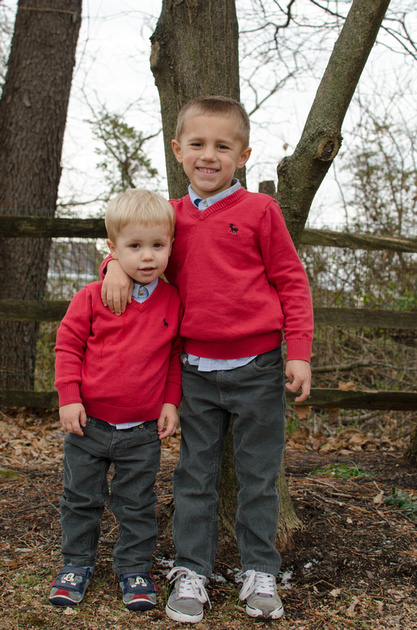 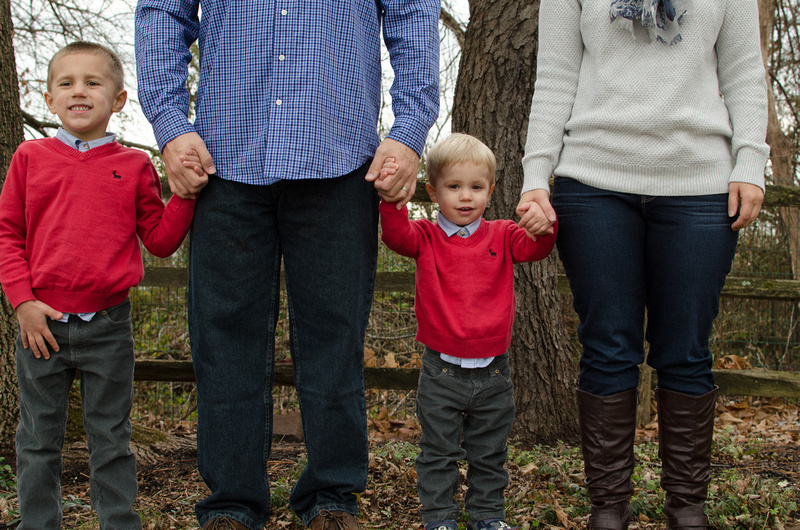 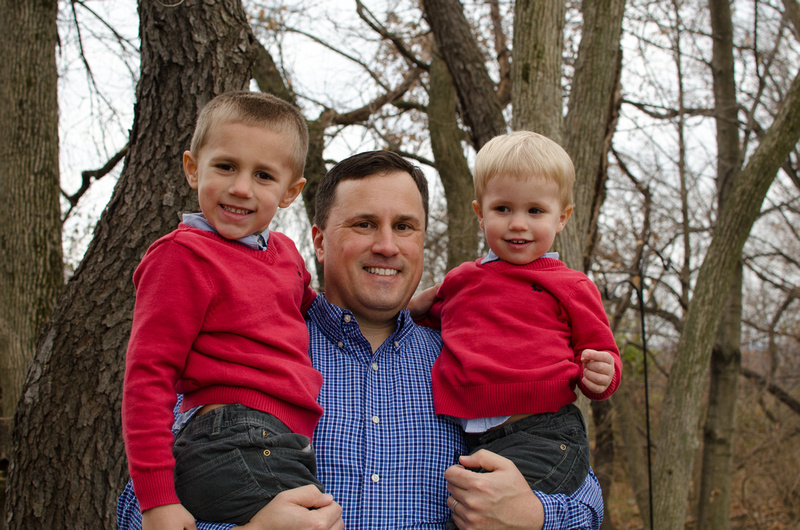 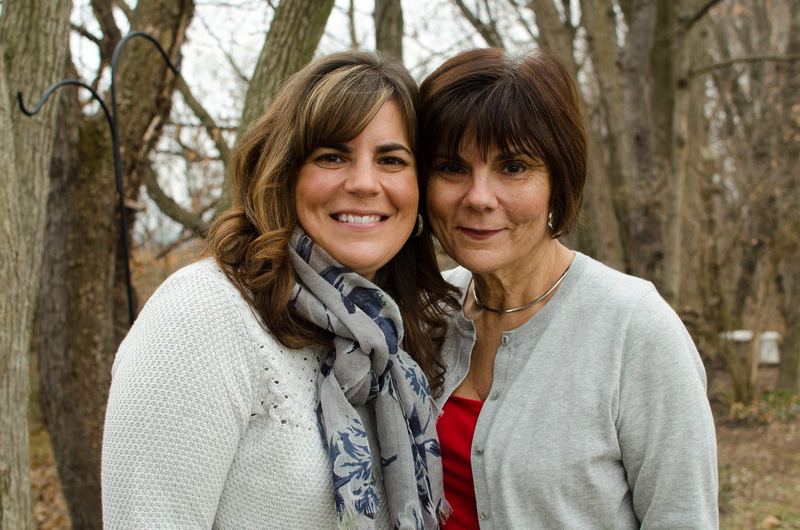 Omi and her Daughter

We grabbed as many pictures as we could outdoors, but soon the 40 degree temperatures told us to head indoors. The kids were ready for a break from being in front of the lens. Naturally a break wouldn't be complete without a mini meltdown. But, it didn't last very long! After the tears dried we were ready for some more candid photos in the living room. We ended the day with smiles and giggles on the couch - a perfect end to the day. 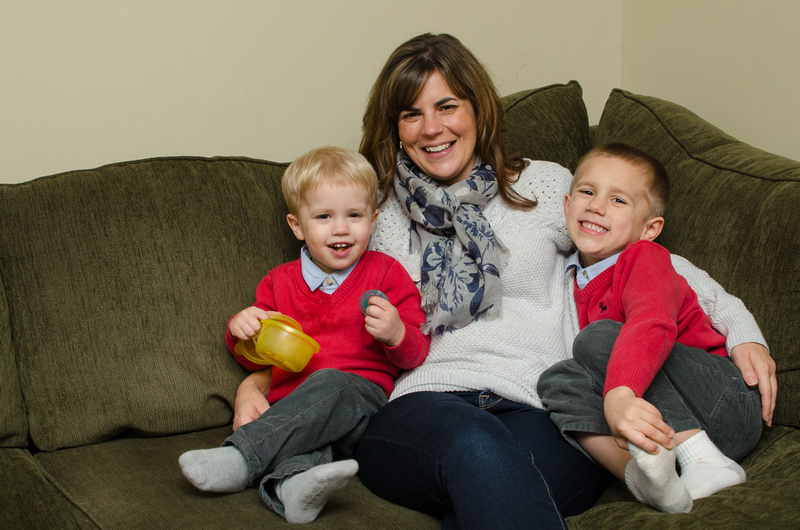 Giggles In the Family Room 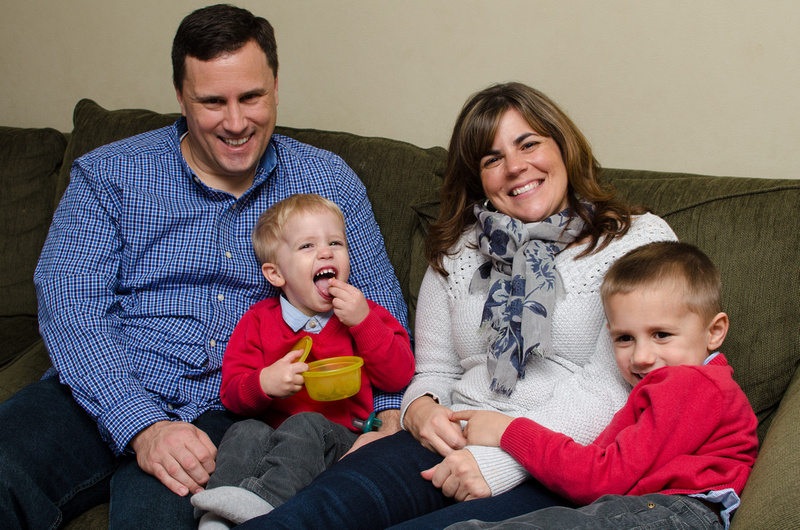